Prior to Centerman Capital, Bob was the CFO/VP of Finance at Food Should Taste Good. The first hire by the company’s founder, Bob was the right-hand man in growing the company by 5,000% over 6 years. Food Should Taste Good was sold to General Mills in 2012. Bob was also a co-founder and CFO of Delivered Dish restaurant delivery service based out of Portland, OR that in December 2015 sold to GrubHub after a successful process.  These harvest events combined to create over $175 Million of shareholder value.

Bob brought more than a decade of finance and operational experience building small businesses prior to the successes with Food Should Taste Good and Delivered Dish.   In his senior management career Bob served as the Controller of Great Eastern Seafood, a $25 million fresh seafood wholesaler, the Controller of a $300 million Wood Procurement Organization at Sappi Fine Paper, the COO of Dining In, then the nation’s largest restaurant delivery service, and the COO at Movers Specialty Service, the nation’s leading specialty moving services company.

Bob holds a Bachelor of Science/Accounting degree from Lehigh University, and was captain of the cross-country team.   Bob currently resides in Needham, MA with his wife of 24 years, Elizabeth, and their 8-year- old daughter, Carly Rose. Bob is an avid golfer, Advance level USA Hockey Coach and devoted Boston Bruins fan. Motto: “A man’s got to know his limitations”.

Bob can be reached at bob@centermancapital.com

Adam Kaufman - Operating Partner:  With 20 + years’ experience around consumer facing brands, Adam is an expert in both large and startup CPG brands.  His ability to leverage a financial foundation and an operating mindset has allowed him to support brands of varying sizes from $20 million up to $20 billion.

Adam started his career in PricewaterhouseCoopers Consulting before moving into a role with the adidas Group and then with Welch Foods.  His most recent role was with Yasso Frozen Greek Yogurt where he was part of a successful business turnaround and exit that drove a 6x return for key investors.

Adam can be reached at adam@centermancapital.com

Scott Webster - Partner:    After a 25+ year career across many consumer products categories, Scott joined Centerman Capital in 2015 to bring his passion for business development to build on Centerman’s momentum and help assist the next group of portfolio companies reach their goals.

Prior to joining the team, Scott was the CFO of Tribe Mediterranean Foods, the fastest growing national hummus brand in the market.  Tribe was the most recent role in Scott’s 16 year Nutrition, Health & Wellness career path with Nestle that also included 7 years in corporate finance and business development with Dreyer’s Grand Ice Cream and 3 years as an M&A financial advisor at Nestle’s HQ in Switzerland.

Scott’s earlier career included 10 years in the Footwear, Apparel, Sporting Goods and Retail sectors with roles as a footwear buyer at Eddie Bauer, sourcing agent and production manager based in Pusan, Korea and equity research analyst in San Francisco at BT Alex. Brown.

Scott holds a bachelors in Economics from Union College and an MBA from the Haas School of Business at the University of California at Berkeley.  Scott lives in Sharon, MA with his wife of 11 years, Kristina, and their 3 children, Jamie, Riley and Nicholas.  Scott is a golf, tennis and biking enthusiast, and college hockey fan especially when the Union Dutchmen take the ice.

Scott can be reached at scott@centermancapital.com 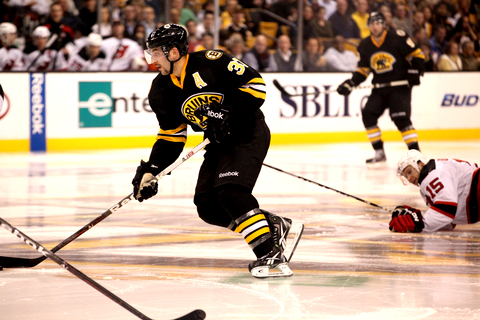